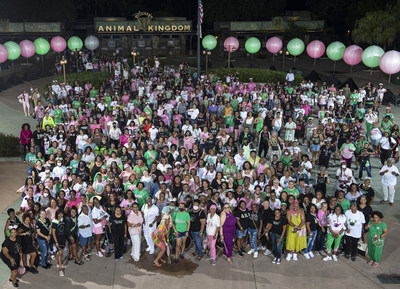 The sorority members attended a private after-hours reception hosted by Disney at the park to kick off the sorority's 70th biennial conference known as the Boule. AKA Members posed in their organization's distinctive pink and green colors amid glowing pink and green lights.

More than 10,000 women are expected to attend the convention in Orlando from July 10-15.