Imported Honey Recalled from Store Shelves Due to Antibiotic Contamination 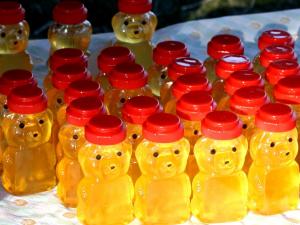 Mass-produced, cheaply-priced honeys abound. But what exactly is in the jar? 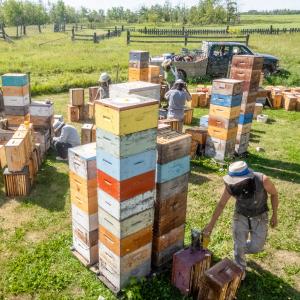 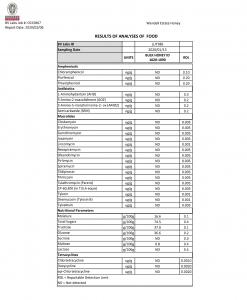 Given the high costs of natural honey production and the readily available illegal methods for boosting production cheaply, honey fraud is far too common.

Beekeeping and producing honey naturally is expensive. Shortcuts abound to lower production costs, while putting consumer health at risk. If the retail price looks too good to be true, it probably is.”
— Tim Wendell, beekeeper and owner of Wendell Honey Farm
TORONTO, CANADA, January 25, 2023 /EINPresswire.com/ -- Food Safety News reports that Punjab King brand of honey has been recalled due to contamination with the antibiotic metronidazole. Punjab King Pure Honey has been recalled in Ontario and Quebec where it retails for around $10 CAD for a 500g jar.

Metronidazole is an antibiotic and antiprotozoal medication that is used in humans to treat various bacterial and parasitic protozoal infections. Parasitic diseases in honeybees, like nosema ceranea, can also be treated with metronidazole, although metronidazole is not approved for honeybee use in the USA or Canada.

Not an Isolated Occurrence

Food scandals involving honey are unfortunately all too common. Unlike the above case, where the retail honey appears clearly imported, imported bulk honey is often blended with domestic honey by domestic packaging companies and retailed under a domestic brand. Honey from China contaminated with the antibiotic chloramphenicol (another antibiotic medication that is not approved for beekeeping use in North America) led to an import ban on Chinese honey in the USA. Honey is the 3rd most adulterated food globally. As early as 2011, Food Safety News reported on widespread honey processing and adulteration in an article titled “Tests Show Most Store Honey Isn’t Honey”. In 2018 the first episode of the Netflix series “Rotten” which focuses on corruption in the global food supply chain, was devoted to honey. In 2020, mainstream media Vice Magazine, published a long-form investigative piece on the challenges domestic honey producers face due to corruption and adulteration rife within the global retail honey industry.

Beekeepers and honey producers in Canada and the United States have long urged government agencies to increase testing of imported honey. Adulterated, contaminated, fraudulent and illegally imported honey artificially drive down honey prices and threaten the livelihoods of domestic beekeepers. Tim Wendell, beekeeper and owner of Wendell Honey Farm, says “Most consumers don’t realize the amount of hard work that goes into keeping healthy bees and producing each pound of natural honey. It’s a challenge for honest North American honey producers to compete when packaging companies have the option of cutting costs by choosing cheap imported honey, which may be contaminated with antibiotics or heavy metals due to poor beekeeping practices or intentionally adulterated with sugar syrups. In some cases the retail price of this cheap, fraudulent honey is below even our cost of production.”

The US FDA and the Canadian Food Inspection Agency do take imported honey fraud seriously and work within their resources to protect consumers by identifying contaminated and adulterated honey crossing the border. Foodnavigator-usa.com reported that in December the FDA had tested 144 samples of imported honey and found 10% of them to be adulterated with undeclared added sweeteners. The FDA representative sums it up in the article: "[The importers of fraudulent honey] do so to lower their production costs, but consumers still pay the full price for what is deceptively labelled as honey, with the additional profits going to the companies. Simply put, consumers are being cheated.”

Neither the US FDA nor the CFIA in Canada has the resources to inspect every load of imported honey. With cheap sugar syrups claiming to pass “every test of honey authenticity” being openly advertised on online marketplaces in Asia, catching the honey fraud perpetrators has become a complex game of cat and mouse.

Paradoxically, honey labelled as organic in the United States and Canada, may be at higher risk of contamination. Certifying honey as organic becomes quite complicated because honeybees forage for nectar unconstrained over large areas. Much organic honey is imported under equivalence agreements in which organic certification in the country of production is accepted in the USA or Canada. The United States Department of Agriculture does not certify any domestic honey as organic, with the result that legitimately labelled “USDA Organic Honey” is, by definition, imported under an equivalence agreement, and not from American beekeepers. Organic honey often originates in Mexico, Brazil or India, where organic honey can be purchased in bulk at a lower prices than non-organic-certified honey produced in the USA or Canada. While organic certifications in these countries may appear robust on paper, enforcement of these standards remains a question.

In the USA anti-dumping tariffs have been enacted on honey imports from countries known to be sources of cheap and adulterated honey. It has be estimated that 40-60% of the international honey market consists of “honey” that has been adulterated. There is a strong correlation between prevalence of adulterated honey and unreasonably low commodity prices (dumping). These measures will hopefully not only help ensure a reasonable, sustainable livelihood for domestic beekeepers, but also protect consumers from fraudulent, unhealthy products masquerading as honey.

While government agencies move at their own pace in the high stakes and rapidly evolving game of identifying fraudulent and contaminated honey, Mitchel Weinberg took a different approach in founding GenuHoney®’s authenticity certification. Rather than devoting resources identifying instances of honey fraud, GenuHoney® verifies honey authenticity by using advanced laboratory testing and rigorous audits, certifying that the honey the consumer is purchasing is exactly what the jar says it is. GenuHoney® certification allows the consumer to trace their jar of honey back to the individual beekeepers that produced the honey. The GenuHoney® label confirms to the consumer that this specific jar of honey is legitimate.

Wendell’s advice for the average consumer: “The surest way to be confident that you’re getting real, natural honey is to purchase it from a trusted local beekeeper. When shopping, read the label. Know where your honey comes from and take the marketing hype with a grain of salt.” He continues, “The realization that most people don’t have convenient access to a local beekeeper inspired us to launch our own brand of honey in 2011 so that consumers across North America could have access to raw, unprocessed honey from our own bees, packaged fresh on our farm. As the primary producer, I know the history and can personally guarantee the content of every jar we sell."

Pure, natural honey harvested from our own bees and packaged fresh on our farm

For inquiries or corrections to Press Releases, please reach out to EIN Presswire.
✕
× Close Ad