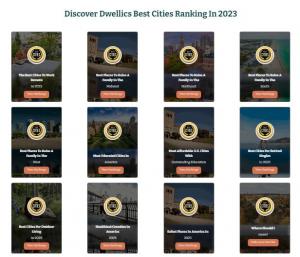 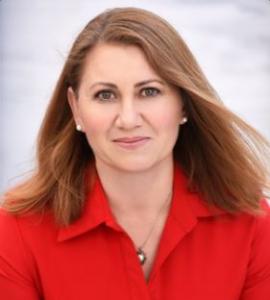 Dwellics.com's city search platform is optimized for mobile devices and offers easy-to-use calculators and comparison tools to help users find the best place to relocate to based on analyses of the latest data

Utah, California, Washington home to 84 of the top-100-ranked places to raise a family in the Western U.S. in newly released data analyses from Dwellics.com

The five highest-ranked cities in the Western United States include three in the greater Sacramento area, one in the northeast San Francisco Bay area, and a small Arizona community a half-hour southeast of Tucson. Granite Bay and Folsom, Calif., hold the first and second spots on the list, and El Dorado Hills, Calif., is in fourth place, all located on the shore of Lake Folsom just north of Sacramento. Third on the list is Tassajara, Calif., located in Contra Costa County on the northeastern end of the San Francisco Bay. The fifth-place ranking goes to Vail, Ariz., situated in the Sonoran Desert 24 miles southeast of Tucson.

Despite California taking the top four spots, it ranks second among the Western U.S. states in the total number of highest-ranked cities with 23. Utah has the most places in the “Top 100 Best Cities To Raise A Family” rankings, with 38 communities making the list. Washington is home to 23 cities and towns in the Top 100, Colorado and Wyoming each has five, three are in Arizona, two are in Oregon, and Idaho is home to one.

“Dwellics ranks the Top 100 Best Cities to Raise a Family in four geographic regions across the U.S. – West, Midwest, South, and Northeast,” said Dwellics Founder Giselle Sitdykova. “We just updated the platform for 2023 using the most recent statistics, analyzing data from over 50 sources and comparing communities using 100+ metrics to produce our Top 100 Best Cities rankings.”

Other “Top 100 Best Cities” rankings new for 2023 offer lists of the best places for remote workers to live, best places for retirees, safest places to live, most affordable cities with outstanding schools, most educated cities, healthiest counties in the nation, and best places for people to enjoy an outdoor lifestyle. In addition to Top 100 Best Cities rankings, Dwellics.com offers free personalizable calculators to compare cost of living, climate, and school performance. For even deeper analysis, users can compare two cities side by side using their own selection of metrics that are most important to them.

Each locale’s listing includes community demographics like population size, age, racial and religious diversity, political affiliation, and industry and employment data that indicates the types of jobs available in each area. Dwellics posts reviews of each city submitted by users who provide pros and cons of living in each place in their own words, and also uses data to calculate pros and cons for those who prefer objective metrics.

Dwellics analyzed data on more than 15,000 cities in the Western U.S. to compile yhe list of the Top 100 Best Places to Raise a Family in the West. Ranking factors included quality of education; climate comfort, which provides the number of days with temperatures between 50 and 90 degrees, infrastructure, including public transportation, traffic, and internet speeds; public safety and natural disaster risks; financial considerations like child-care costs, property prices, and cost of living; percentage of married households with school-aged children; and education level of residents.

According to the 2019 U.S. Census report, America’s West Coast and adjacent states accounted for slightly less than 24 percent of the nation's population, the second highest of all regions. Covering Alaska, Arizona, California, Hawaii, Idaho, Montana, Nevada, New Mexico, Oregon, Utah, Washington, and Wyoming, the West is home to more than 78 million people. Complete rankings for this region can be found at dwellics.com/rankings/best-cities-raise-family-west-2023.

“Dwellics.com makes it easier to find the best place to relocate to because our algorithm considers each user’s personal needs and wants,” Sitdykova explained. “Our team has worked tirelessly for more than two years to build a unique, patented algorithm that gives users an authentic feel for what it’s really like to live somewhere. Thousands of visitors each day use our platform to help them make informed decisions about the places they’re considering relocating to.”

Dwellics is free to use, and for a limited time, no sign-up is required. The website also offers a Blog filled with nearly 50 informative articles offering tips, checklists, and guidance to make relocating easier. New articles are added regularly, and users may sign up to receive Dwellics’ free monthly newsletter to keep up with the newest Blog articles and learn more about places of interest to them.

Another new feature is Dwellics’ partner program. Businesses related to relocation — including mortgage lenders, real estate professionals, moving and storage companies, insurance, and other services people need when planning a move — now can offer their services on pages directly related to their geographic areas. The goal of this program is to create a list of trustworthy businesses users can call upon once they decide where they will relocate to. Contact Dwellics at partners@dwellics.com to learn how to participate.

For inquiries or corrections to Press Releases, please reach out to EIN Presswire.
✕
× Close Ad