SYRACUSE, N.Y. (WSYR-TV) The Onondaga County Board of Elections is joining with election officials around New York to request the April 28 Democratic Presidential Primary be moved to June 23 because of the COVID-19 crisis.

June 23 is the date of the state’s primary for candidates seeking office at the congressional, state, and local level.

A news release from Democratic Elections Commissioner Dustin Czarny and Republican Commissioner Michele Sardo also asked for the increased use of absentee ballots and to give local election officials more flexibility in securing poll sites and workers for the June primary.

They also asked the special election to fill a vacancy in the 50th State Senate District also be rescheduled or cancelled.

They endorsed a letter to Governor Andrew Cuomo and the state legislature from the New York State Election Commissioners Association arguing there is a critical shortage of inspectors and polling place sites because of the pandemic.

The organizations say it is impossible to meet deadlines for testing machines and preparing ballots because of the shortage of staff.

(WSYR-TV / NEXSTAR) -- With 14 states holding their primaries, Super Tuesday is perhaps the single most important day in deciding a winner for the United States Democratic primary.

The race has drastically changed since the last primary in South Carolina on February 29, as three candidates have ended their bid for the Democratic nomination.

COLUMBIA, S.C. (AP) -- Pete Buttigieg, who rose from being a small-town Midwestern mayor to a barrier-breaking, top-tier candidate for the Democratic presidential nomination, is ending his campaign.

Three people with knowledge of Buttigieg’s decision told The Associated Press he began informing campaign staff on Sunday. They were not authorized to speak publicly and requested anonymity.

Biden's win came at a do-or-die moment in his 2020 bid as the moderate Democrat bounced back from underwhelming performances in Iowa, New Hampshire and Nevada. The race now pivots immediately to a new phase when 14 “Super Tuesday” states take the campaign nationwide early next week. 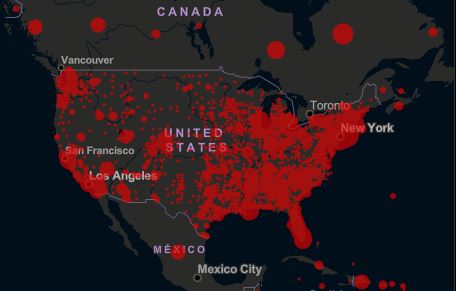 Rain with a few rumbles of thunder Precip: 80%