DEWITT, N.Y. (WSYR-TV) — Many local businesses are struggling to stay open, even one company that got its start in North Syracuse.

“It’s challenging and we’re down to really bare-bones,” said CoreLife Eatery President Scott Davis. “We’ve got the store kind of marked off so the social distancing is built into the line now and the whole process.”

It’s been an adjustment and Davis says they’ve had to cut back on operations and staffing.

Some of the locations out near Rochester and Buffalo have temporarily closed its doors but throughout Central New York, where CoreLife got its start, Davis is doing whatever he can to simply keep the lights on.

“We all need something normal sometimes, and you know sometimes that bowl you make for lunch on a regular basis could be that thing,” he said.

To help, they rolled out curbside pick up on Tuesday.

“When you place your order it asks for some details about your car and what you do when you get here is just call the store number, it’s listed on your invoice or your order, and they’ll run it right out to you,” said Davis.

It’s been hard, but Davis says they’re doing whatever they can to be there for their customers and other businesses who are always there for them.

“There’s so many great people in this community and so many unsung heroes, for instance, the guys at Syracuse Banana, they’re out there working for everybody in this business right now,” said Davis. “There’s a lot of great partners in the community and we want to be open to keep them going too, so it’s everybody.”

Because we really are, all in this together.

ALBANY, N.Y. (NEXSTAR) -- Nexstar Media Group partnered with Emerson College to take New York's pulse with an exclusive poll about health, finances, and how our leaders are handling the outbreak.

Who is doing a good job dealing with this virus?

BIG changes ahead late this week

Spring officially began over 2 weeks ago, but as we know in Central New York cold and snow can still make appearances in April and even once in awhile into the first part of May.

The jet stream winds aloft that control the movement of storm systems and air masses have more often than not been near or north of CNY much of the winter into early spring. This is why the winter was so mild and didn't feature a whole lot of snow. 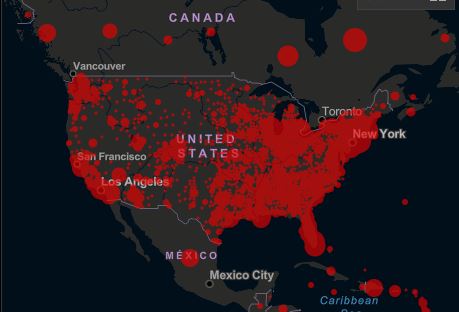