(WSYR-TV) — The United States Government has issued over a trillion dollars in aid through the CARES Act due to the COVID-19 pandemic. Now the question is, how will the government’s response to COVID-19 affect Americans financially in the long run?

Where does the money come from?

To understand the impacts of the nearly $2 trillion CARES Act, first you have to know where the U.S. government is getting the money.

The U.S. is able to fund the $1,200 stimulus checks many Americans received and other coronavirus related aid packages by selling U.S. Treasury Bonds and Notes.

Countries and investors can buy U.S. Treasury Bonds or Notes, and over time they will receive the money back with some interest added to it.

“You can’t just print the money,” David Haahr, a financial planner with Reagan Companies Asset Management, Inc., said. “Essentially it’s U.S. Treasuries, bonds. In fact, the government is talking about selling some 25 and 50 year bonds to try and help finance all of this, but the good news is, when you think about it, everybody is still willing to lend a lot of money to the US Government to fund these things.”

However, the return on U.S. Treasury Bonds and Notes are not phenomenal. The current interest rate on a 10-year U.S. Treasury Bond is less than one percent, but it’s one of the safest things someone can do with their money.

“If you look around the world, we still have a phenomenal credit rating and lots of countries like to loan us money, so essentially buy our treasuries,” Haahr said. “The U.S. has never defaulted on a bond or a debt or anything, so we are still known as the safest place to put money.”

Through this process, the United States was able to pass the CARES Act and get money into the pockets of millions of Americans in a relatively timely fashion.

However, every debt must be repaid.

Increased taxes could be in the future

Just like any debt, in order for the U.S. Government to repay the bonds they issue they have to either cut spending or increase revenue, and the primary way the government makes money is through taxation.

Because this is an election year, financial advisor David Haahr thinks it will be a slow and gradual increase in taxes.

“The government makes more [money] through taxing us. The problem is, it’s not politically-friendly to raise taxes. So, even though that’s probably the best solution, it will probably be very slow and gradual increases in taxes,” Haahr said.

The government will also begin to make more money as the economy continues to reopen. Even if many services are not operating normally, the tax revenue they can provide from operating in an alternate fashion is crucial to the economy.

Many of the services that are included in phases one and two of New York’s restart plan made up the majority of country’s GDP in 2019. The fact that Central New York is on the cusp of moving into phase two could drastically improve the economic situation. 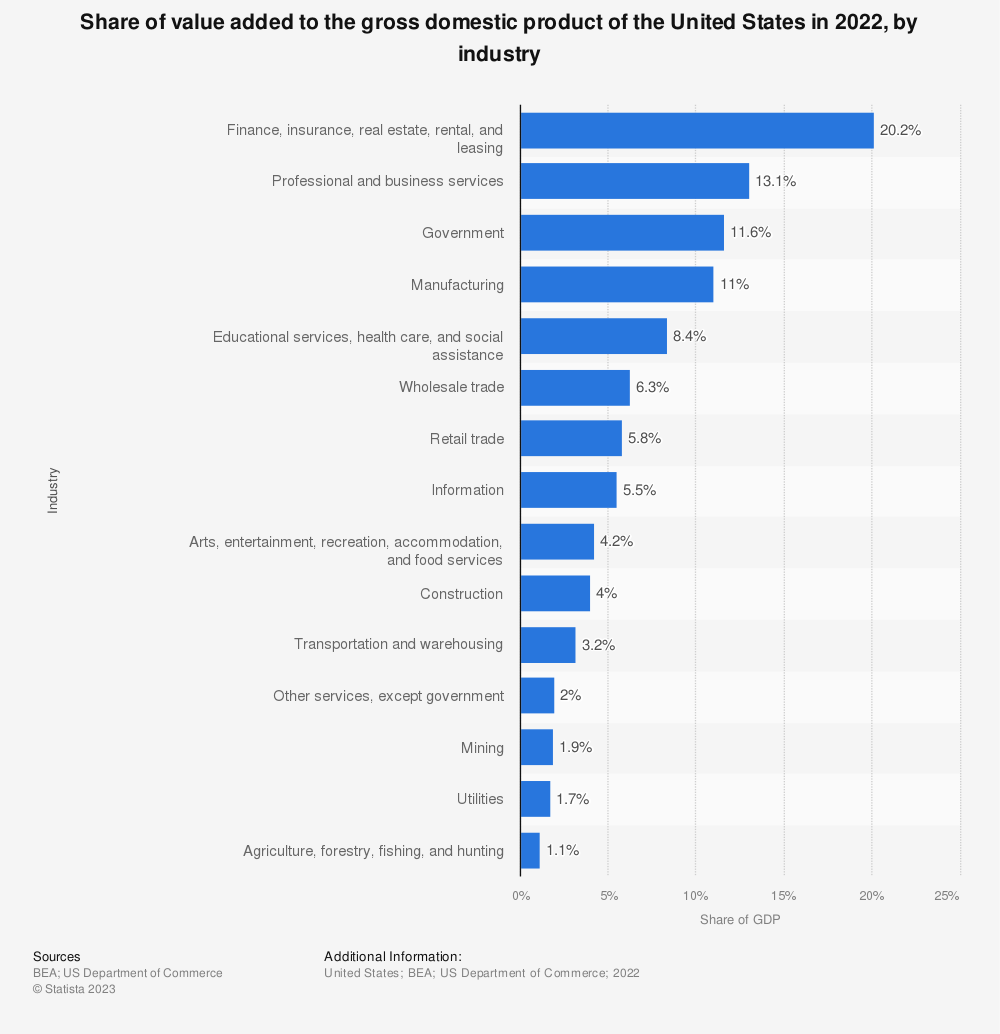 Barring a setback that hinders America’s progress towards reopening, the U.S. economy has the potential to bounce back relatively quickly from the effects of COVID-19.

Haahr said, “Going into this, the economy and the stock market were doing excellent, so I think that helps us recover from that. If we came into this, and we were already slowing down and had a really bad economy, it would be much tougher to pull our way out of this, but I think we are in a pretty good spot.”

Thanks to a healthy economy leading up to 2020, the United States may be able to recover financially much quicker than the Great Recession in 2008/2009.

Comparing the COVID-19 crisis to the Great Recession

The COVID-19 pandemic and the Great Recession have both caused financial instability for millions of Americans and businesses. Each crisis was caused by something different, and the government’s response to each involved a stimulus package.

The Recovery Act, which cost the United States approximately $800 billion, was signed in 2009 to fund temporary relief programs for those most affected by the recession through tax cuts. The 2009 stimulus package also invested in infrastructure, education, health, and renewable energy. The Recovery Act also helped save existing jobs and create new ones.

The Recovery Act helped mitigate the effects of the Great Recession, but it still took years for the U.S. economy to fully recover, and it wasn’t until 2015 when unemployment numbers returned to the levels they were previously at before the recession.

In ‘08, we did a lot of quantitative stimulus, this quantitative easing, sort of what we are doing now. The difference was in ‘08 we did two big chunks and we kind of spaced it apart. We put in a bunch of money, and were like, ‘That didn’t really work, we got to put in a little more,’ and I think that extended the recovery time. This time our government came out and wallopped and just put a whole ton of money in at once. They’re like we don’t want to do what we did last time when it took a long time to recover, let’s just throw a ton of money in real quick, get things turned around. It seems to be working, but like everybody you get nervous. We don’t have a vaccine or anything, we could turn back around.

The CARES Act, signed in March of 2020, cost the United States approximately $1.8 trillion and provided direct financial assistance to many Americans and small businesses.

Although the CARES Act cost over twice as much as the Recovery Act, the status of the U.S. economy before these stimulus packages were enacted and what caused the stimulus packages to be signed may be the difference in America’s future.

“2008 was really driven through households having tons of debt, plus the real estate bubble. If you look at household debt percentage, so the amount of disposable money each household is paying just to pay their debts, we’re under ten percent, which historically is really low,” Haahr said. “So, 2019 was really a good year. People have kind of sured up their finances really good. Where going into 2008, we were at 13-plus percent, so people had a lot of debt coming into ‘08.”

Below is a chart provided by the U.S. Bureau of Labor Statistics showing the monthly unemployment rate over the last 15 years.

When you combine the amount of spending by the government with the current unemployment rate, it looks inevitable that the United States will fall back into a recession.

However, unlike the Great Recession this crisis has been caused by one thing, COVID-19.

“The Great Recession we didn’t lose as many jobs, like right now we are up to 30-plus million people are unemployed, so it’s a huge number, but I think that’s going to be really temporary,” Haahr said. “Where in ’08/’09, a lot of those jobs just didn’t come back so that was purely recession, financial issues, jobs going away. I think this is a lot of just temporary jobs. So, yea the unemployment number is much-much bigger, but I think it’s going to be temporary.”

However, it remains to be seen if COVID-19 will be temporary. The United States is starting the reopening process, and that could drastically help the country’s financial situation, but a second wave or a drastic increase in cases could reset the country back to a full shutdown.

Time will only tell the true financial impacts the United States will see from the coronavirus pandemic.

More Only on LocalSYR.com Stories

Throwback Thursday: A stroll through downtown Syracuse over the years

SYRACUSE, N.Y. (WSYR-TV) --- On this edition of Throwback Thursday, our friends at the Onondaga Historical Association are giving us a glimpse of downtown Syracuse through the years.

Long before the post-war housing boom in the suburbs, and the car-centered lifestyle, downtowns across the nation were where you would found most stores and services as well as business offices.

NY Governor Emergency Powers: What are they?

SYRACUSE, N.Y. (WSYR-TV) --- You may have heard that some state lawmakers, both Democrats and Republicans, are talking about stripping, or at least limiting the emergency powers granted New York Governor Andrew Cuomo at the start of the COVID-19 pandemic.

What exactly are the emergency powers granted to the governor?

SYRACUSE, N.Y. (WSYR-TV) -- One constant throughout the history of Central New York has been winter.

As we cope with the short days, frigid temperatures, and lake effect snow, our ancestors had to cope with the ravages of winter with little in the way of forecasts, snow removal equipment, and without a central heating system.

Tripadvisor releases list of Top 10 beaches in US for 2021

Brother of Daniel Prude ‘speechless’ over grand jury decision: ‘The whole world watched them kill him’

Full moon will peak late this week as the “Snow Moon”

Are we headed back to $3 per gallon gas?

‘One in a million’: Rare half male, half female cardinal spotted in Pennsylvania

Chick-fil-A set to remove two items from its menu